TenPoint5℠ is based on the philosophy that the human mind is the strongest “muscle” in the body—and that peak physique is achieved only by the belief that true transformation happens after fatigue. TenPoint5℠ incorporates classic ballet, core, pilates and yoga strengthening techniques.

There’s a silly little notion drifting around that perfection is possible, and we think that concept is short-sighted. Is there really a point that improvement stops? Perfect 10? Ten reps? What happens when you Go Beyond just ten?

TenPoint5℠ was founded on this theory—that constant improvement defines the ultimate destination. That’s why, in each class, students are encouraged to discover their Point5 within each movement—that place where you go beyond fatigue, beyond what you believed was possible, and beyond perfection.

The best barre instructors ever! - Stephanie
I took a class at TenPoint5 for the first time last night and it was fantastic! From the minute the class starts you are working every muscle but having fun while doing it. - Jenna
This place is awesome. Super nice studio, amazing instructors, killer workout. - Haley 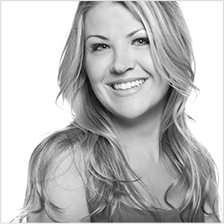 Originally from Littleton Colorado, Christa grew up in the dance studio studying jazz, modern, and tap, but it was ballet that was her true love.  She received a scholarship to University of Arizona’s School of Dance, where she graduated with a B.F.A. and a Business Minor in three years.  She packed her bags and headed to New York City.  Over the next few years, she continued to train and perform for various artists through the city, and discovered barre classes.  Immediately she fell in love with the classes that blended ballet and fitness in one, and realized she wanted to make it a part of her future.
In 2009, she relocated back to Arizona and began developing her own technique.  By combining her knowledge, training, and teaching experience, she opened her first TenPoint5 location in January 2013.   Over the years, Christa has continued to develop and refine the TenPoint5 method, trained several “barretenders” and opened multiple studios in the Valley.  Now as a mom of three littles, she loves spending time with her family ,but still keeping a presence in the studio.  Passionate to barre, she strives to bring all her clients a kick-ass workout, fun and energizing music, confidence of self, and loves to see the “shake.”